The 50-acre estate owned by Fernandes Distillers Ltd, world renown for its aromatic bitters, has been transformed initially into Fernandes Industrial Centre, but now gradually into its current incarnation, Fernandes Business Centre. It follows that there was an increased need for better eating facilities for its growing population of office workers. When the owners came to Trinidad-based architecture and interiors firm, acla:works to design a new food court building, they were delighted as they too would be benefit as their headquarters was also located there.

The new building was to be located just inside the entrance off the Eastern Main Road, one of the major east-west roadways in the north of Trinidad. The site is behind a row of mature trees that ran along the fence and was previously occupied by a convenience shop. More interestingly, this same site was also formerly the weighing station for trucks hauling harvested sugar cane, the key ingredient of course to making rum. The discovery of the existing scale being preserved within the walls of the old convenience shop led to it being one of the key generators of the design.

The owners decided to undertake managing the construction themselves and the building opened to the public in May 2016. The scale remains in its original position and is proudly displayed at the main entrance to the building. The original weighing platform outside has also been restored and the building, aptly named The Scale House. The building is approximately 3500sf with 4 food-vending bays, public toilets and both indoor and outdoor dining.

The building seems to have started off successfully for the owners, vendors as well as to customers who now have a great alternative place to eat within the industrial estate. For those who don’t bring their lunch, having food within walking distance to their workplace should also minimize lunchtime traffic on the roads. “Everyone seems to enjoy the stillness of the space and the ambience” which the architects believe have raised the profile of the neighborhood. 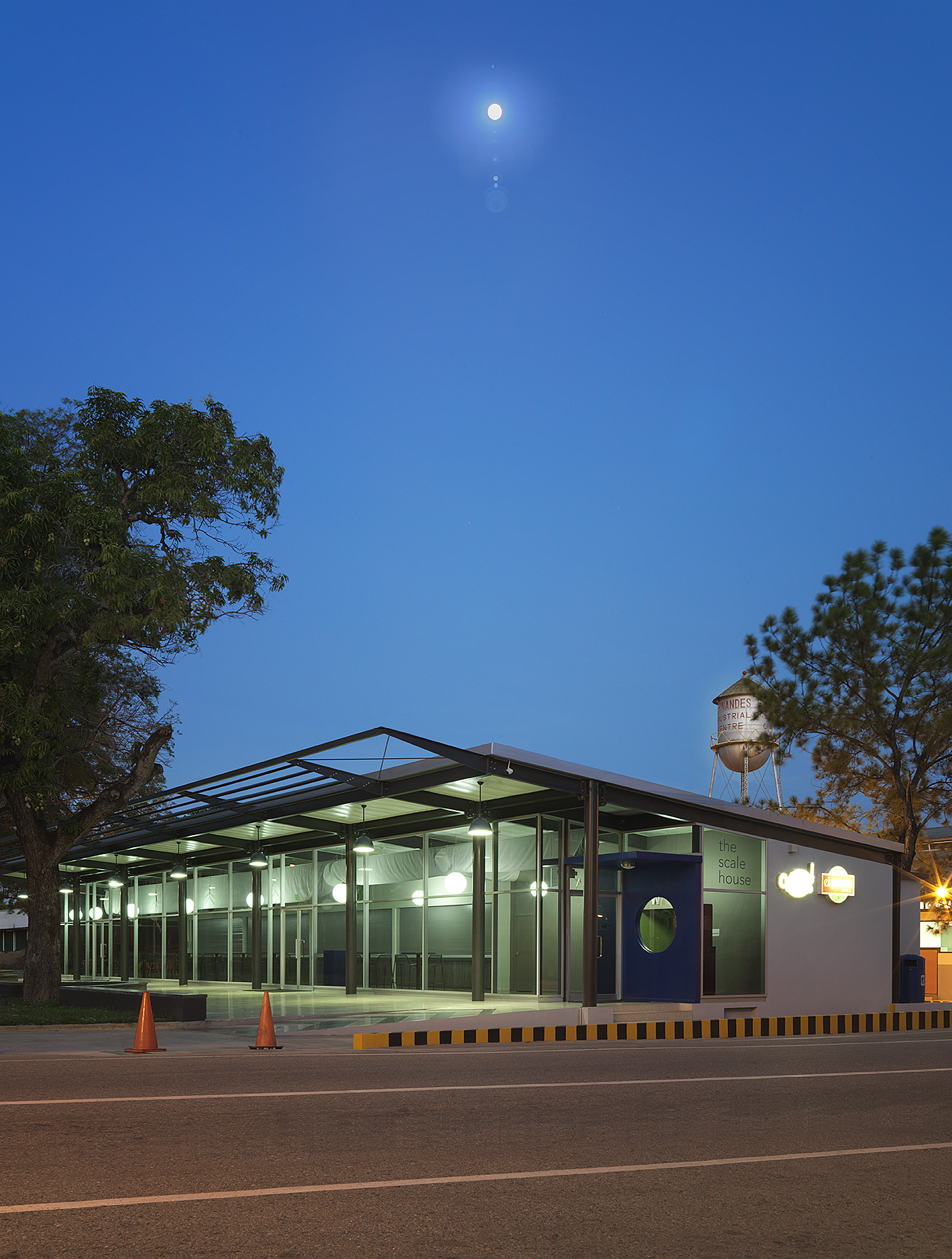 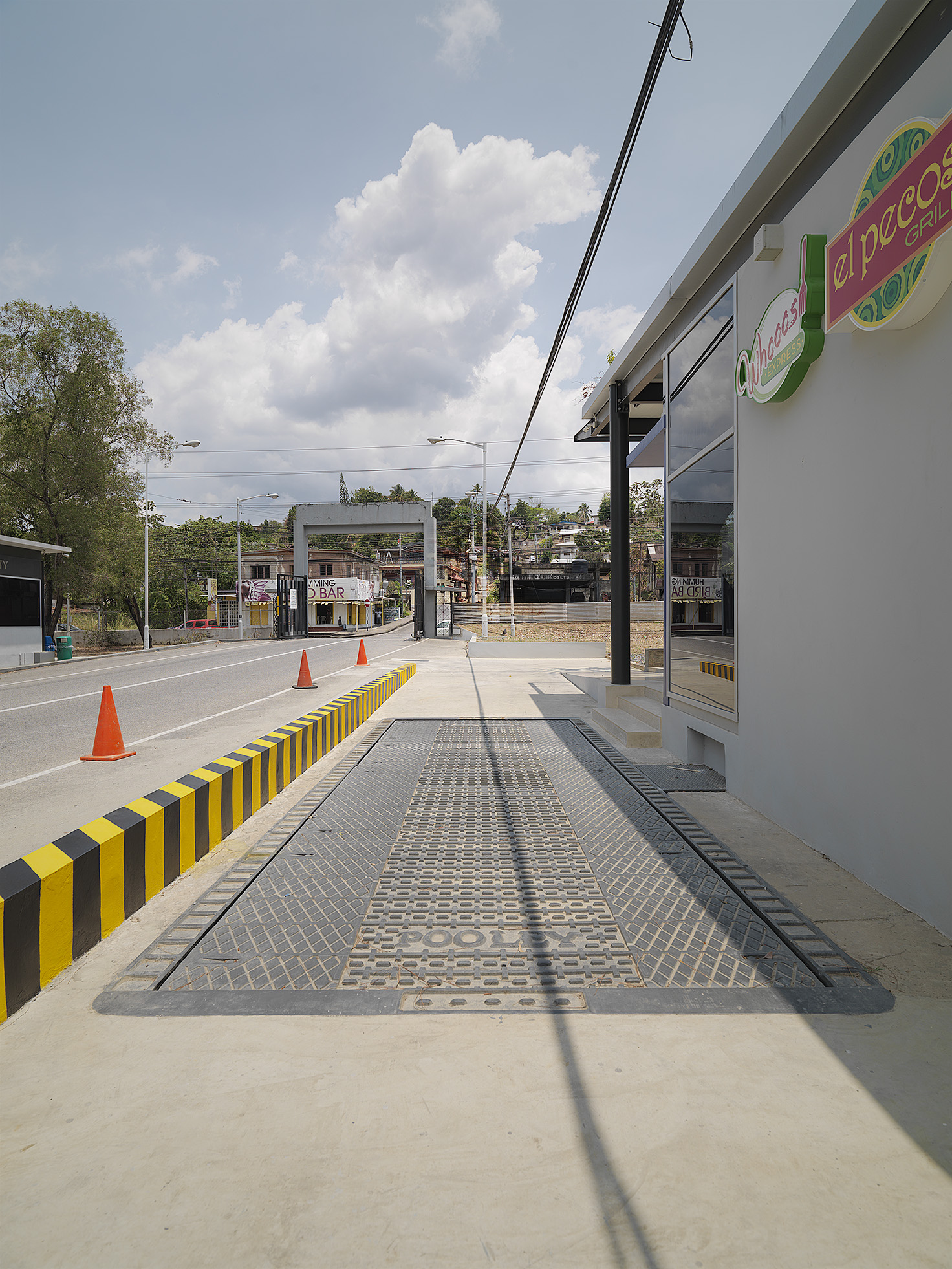 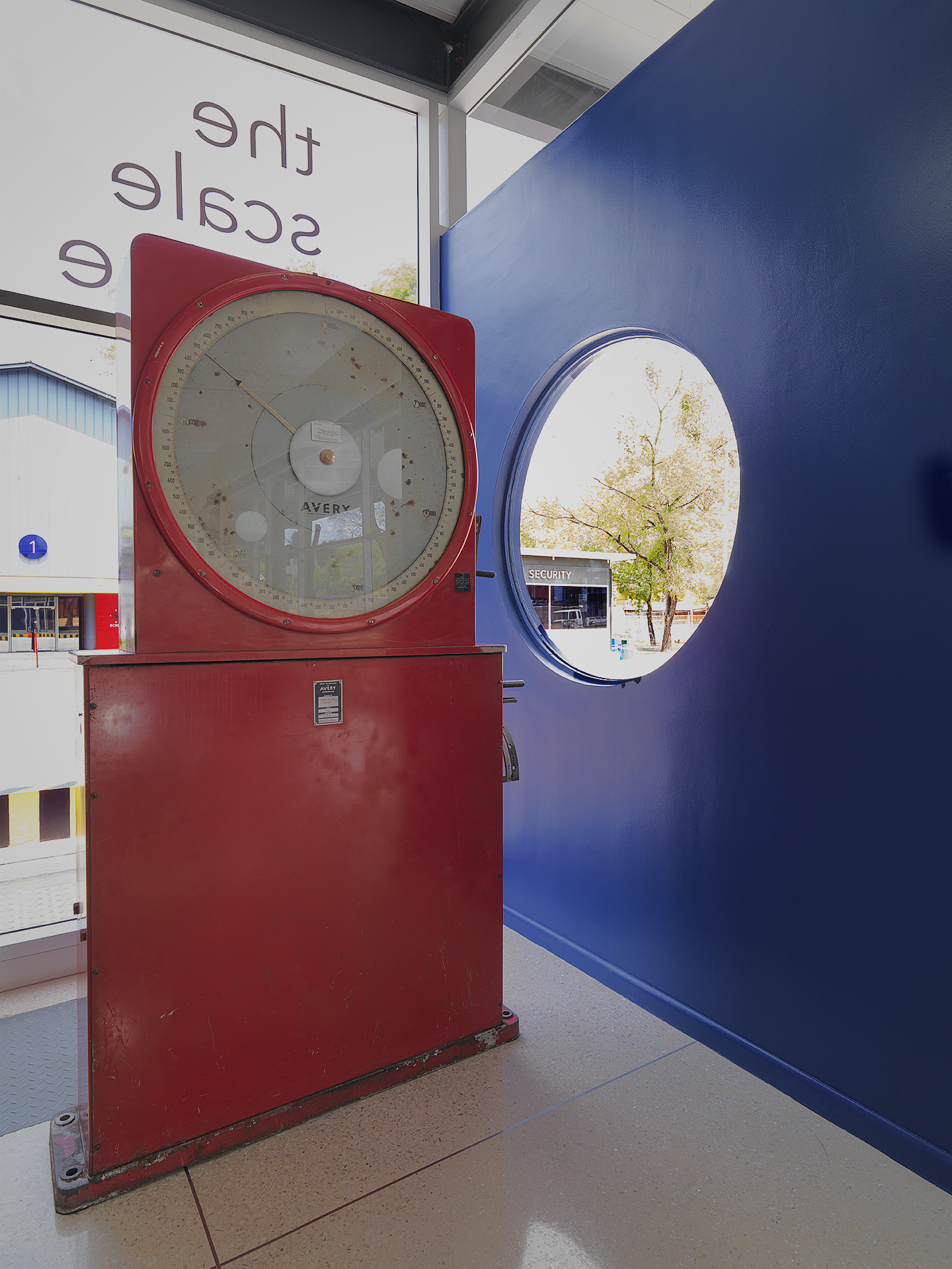 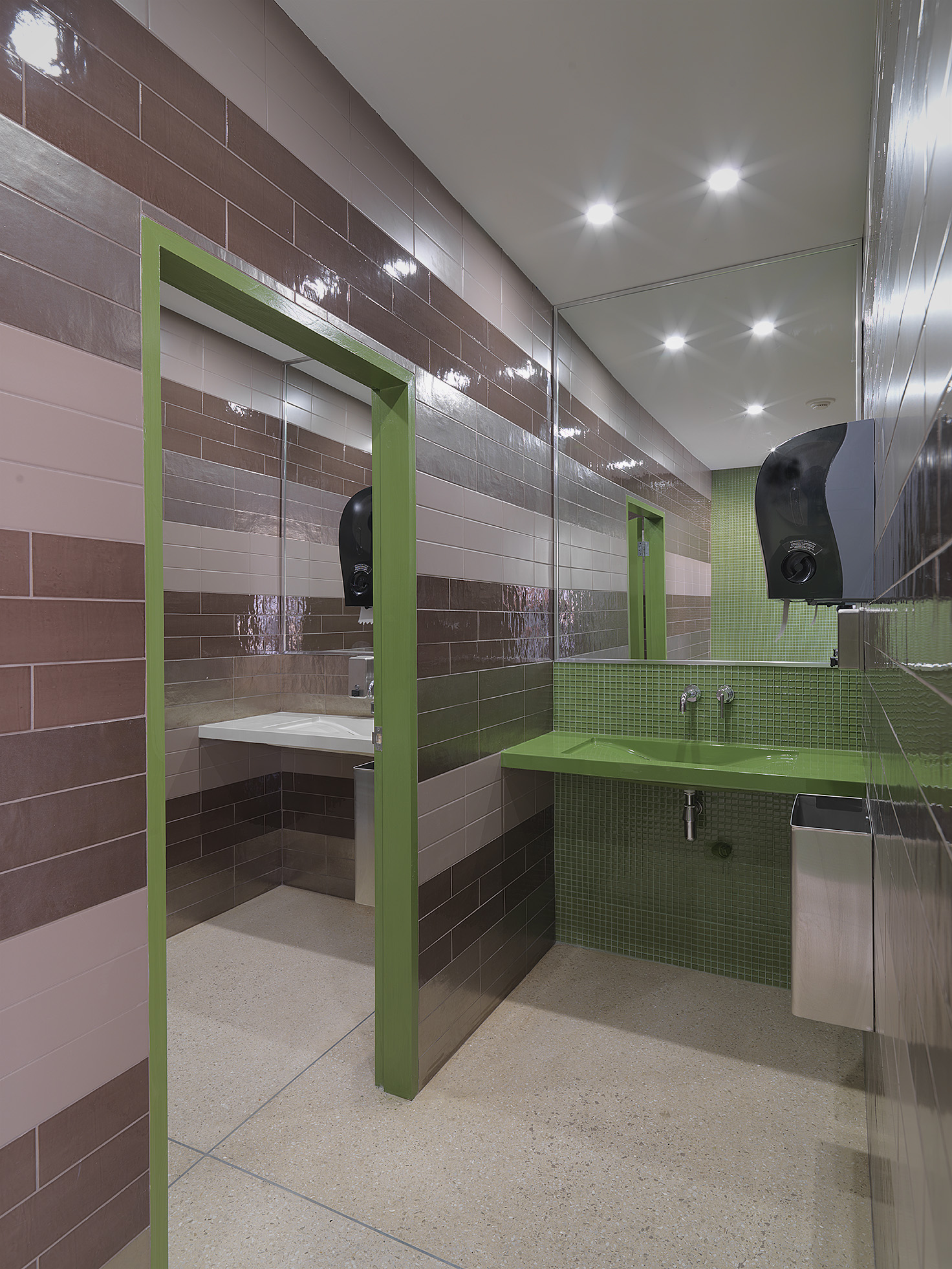 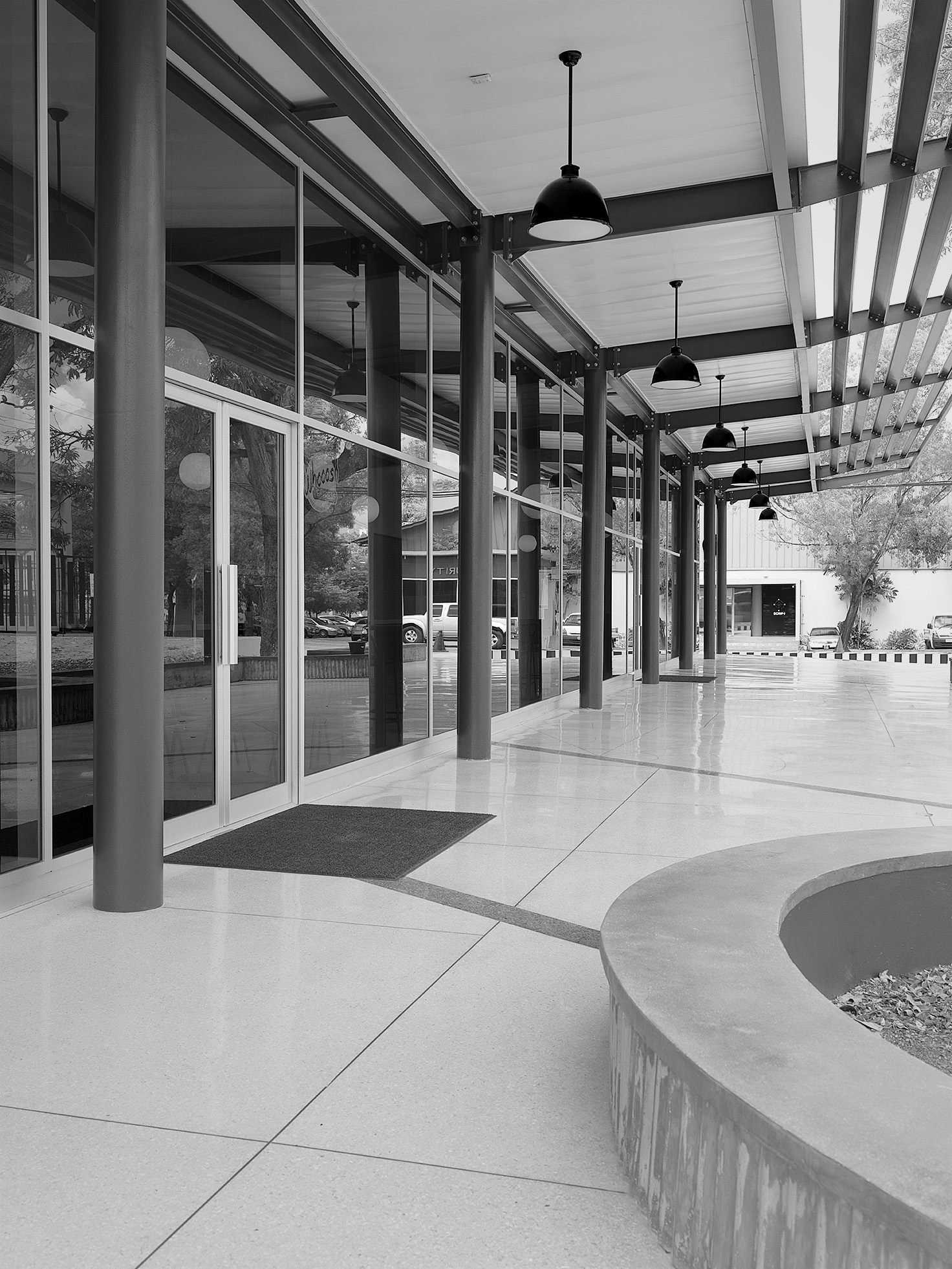 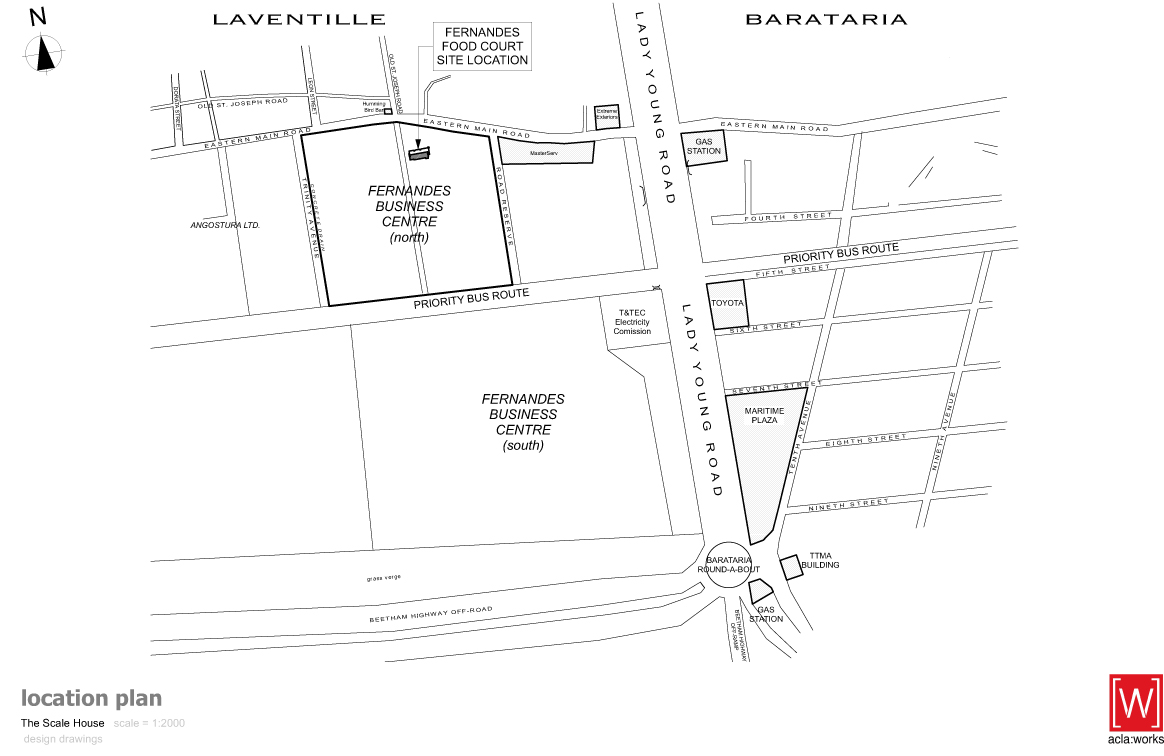 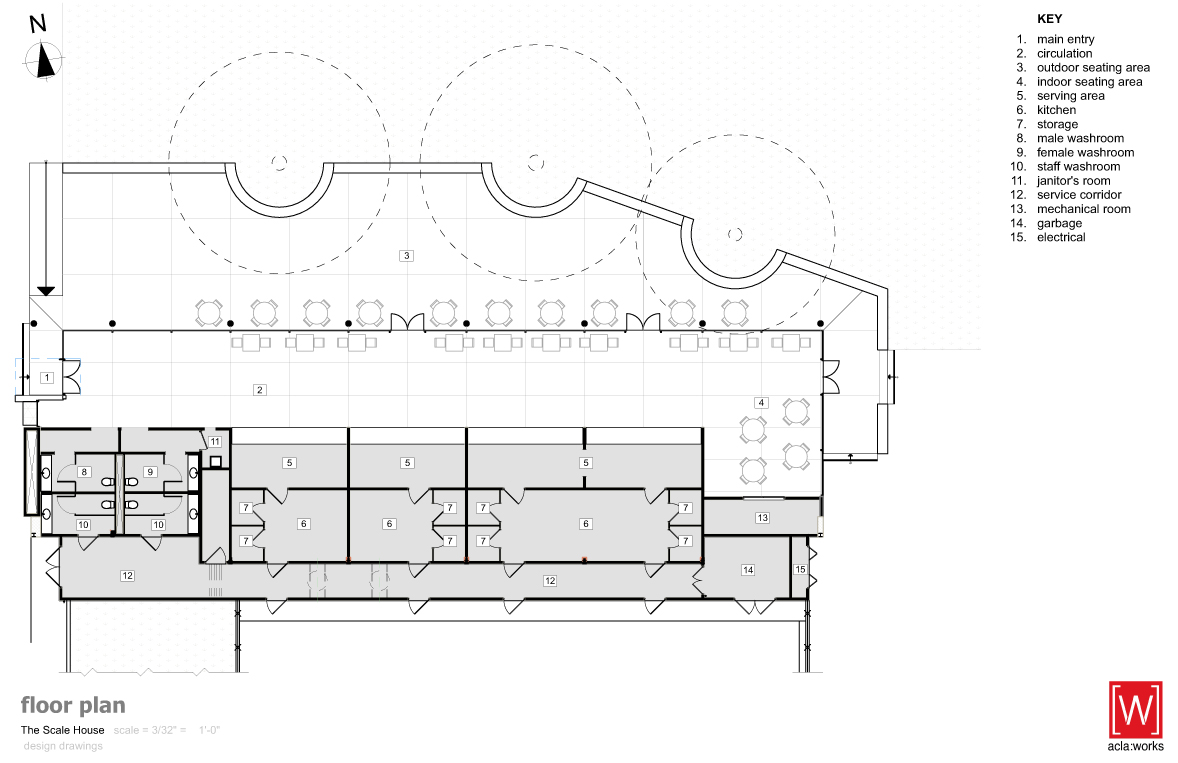