I received an interesting request about the merits/ demerits of including people in architectural photography.

“I was just skimming your latest newsletter and had a thought….an interesting article/ blog might be tackling/ writing about the issue of whether to have people/models in architectural photography and the challenges / pros and cons / approvals required (model releases?). I always admire Dwell magazine for how they normally have photos with the actual owners in the house………on the other side does it distract from the “architecture”?..….just a thought!… regards Neil”

From my own point of view, and I weigh in with the majority on this issue, there are definitely circumstances that favor including people. The most obvious case is where the persons commissioning the photography require people in the photograph.  Including people in the scene can sometimes say a lot about how a space is used – remembering, of course, that architecture is for people so it is quite appropriate for them to be in the image. That said my choice would be subtle and selective, using people sparingly and unobtrusively to give scale rather than have models that might dominate the image. By including images of people in buildings the emphasis tends to shift from the architecture to focus on other objectives. Model releases are advisable where people are asked to pose for images and particularly when they are distinct and recognizable in the image.

Given that 95 out of every 100 photographs are without people let’s have a look at a couple of examples of my images of architecture with people. 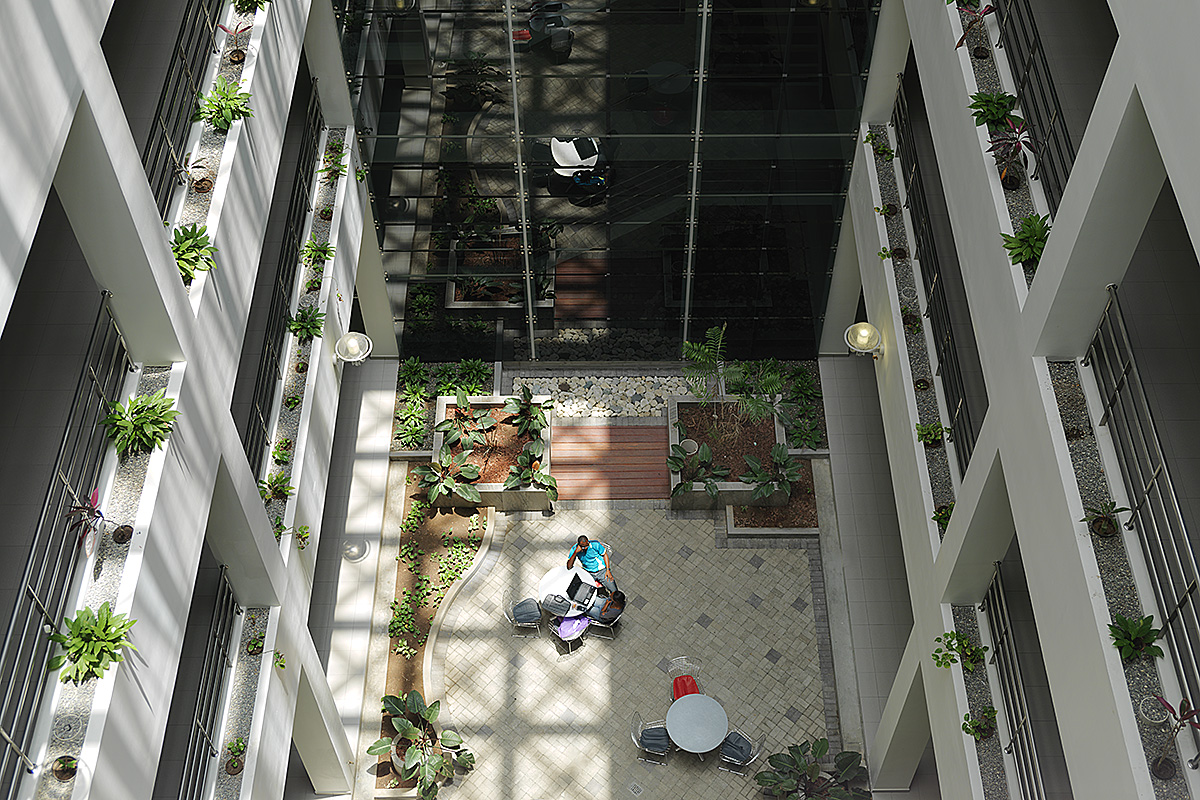 Brian Lewis image of UWI Bio-Medical Sciences by HMRW Architects
Images of people help the understanding of how the space is used. 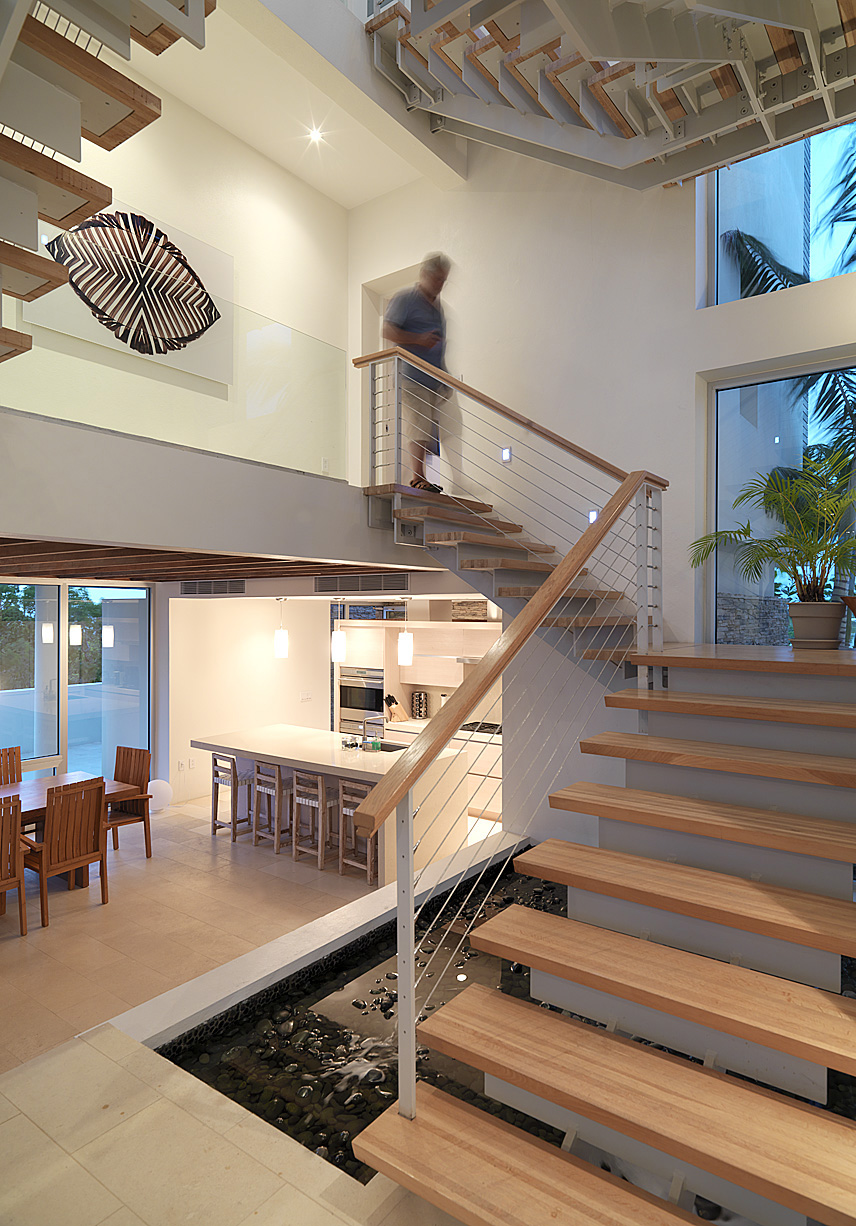 Brian Lewis image of Ani Villas in Anguilla by LHSA+DP
Adding a person and movement helps to establish scale and purpose. In this case no model release would be necessary.

Now let’s show a few examples of how some of the masters of architectural photographer handle people. 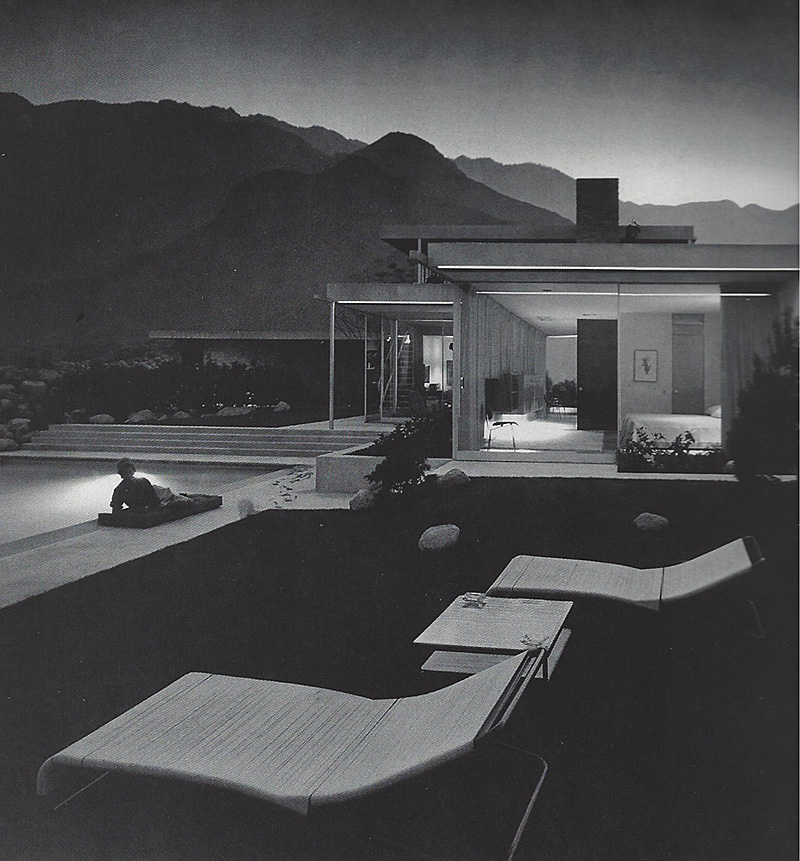 Julius Shulmann image of Kaufmann House by Richard Neutra
The reclining figure at the side of the pool lends a classical feel while helping shield the glare from the pool light. A Shulman classic. 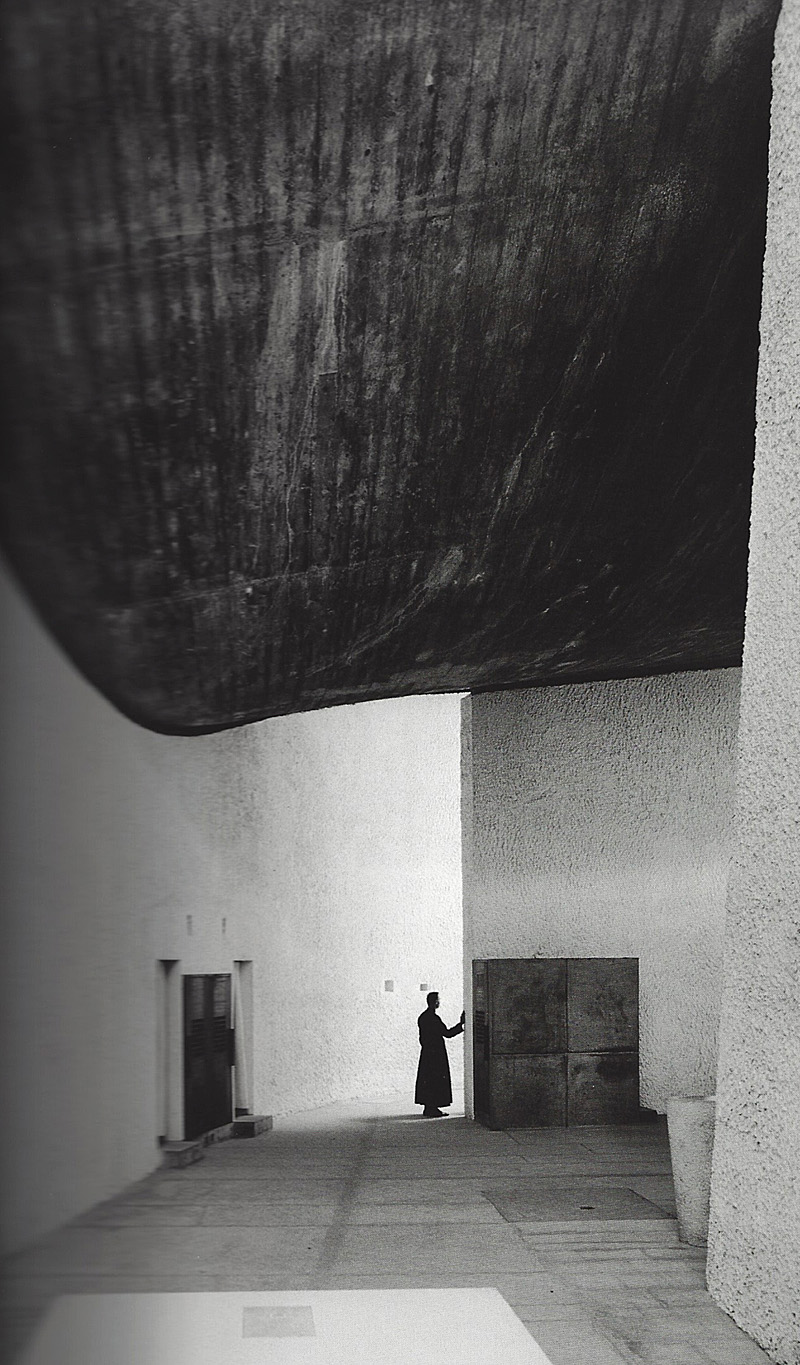 Ezra Stoller image of Notre Dame du Haut, Ronchamp by Le Corbusier
I saw this image a great many years ago and for me it remains one of the finest example of the use of a person that completely transforms the scale and understanding of an image. A Stoller classic. 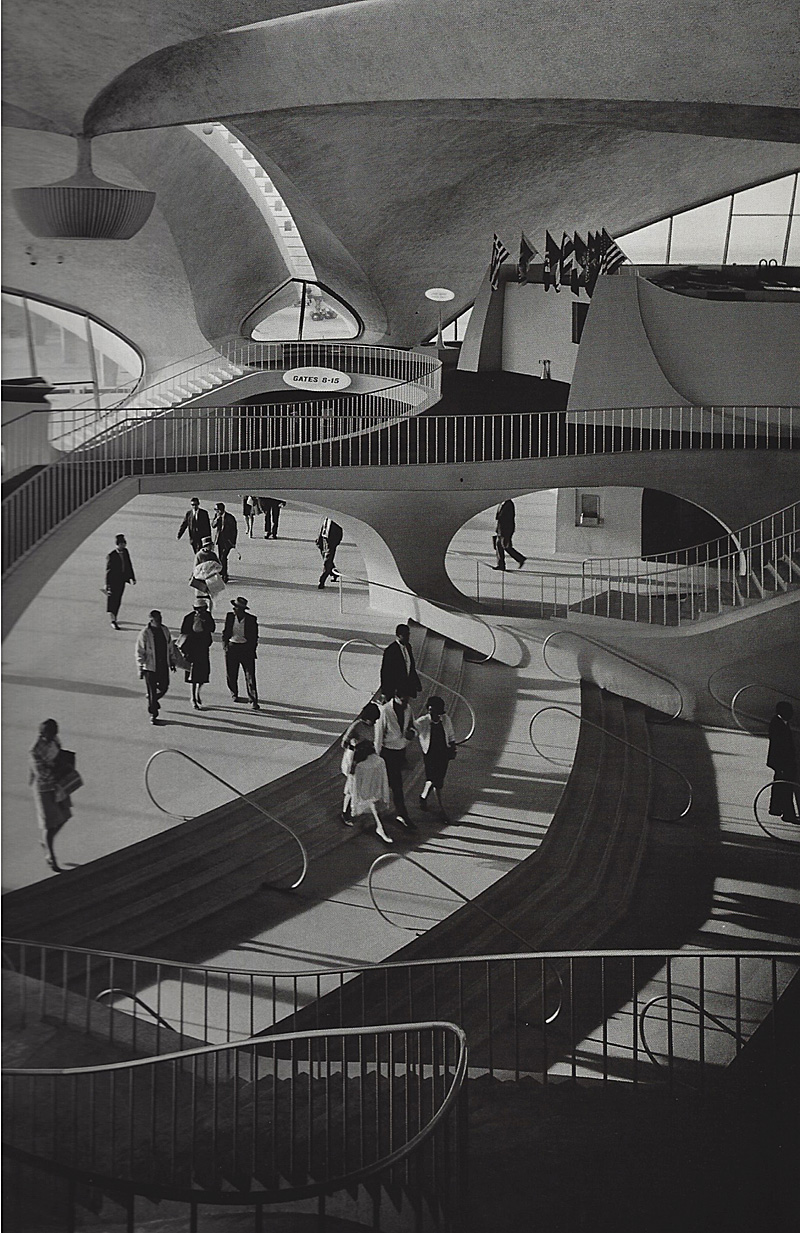 Ezra Stoller image of TWA terminal at JFK by Eero Saarinen
The TWA terminal would look out of place without any people in it. Stoller must have taken dozens of images to get people dispersed in this well-balanced composition. 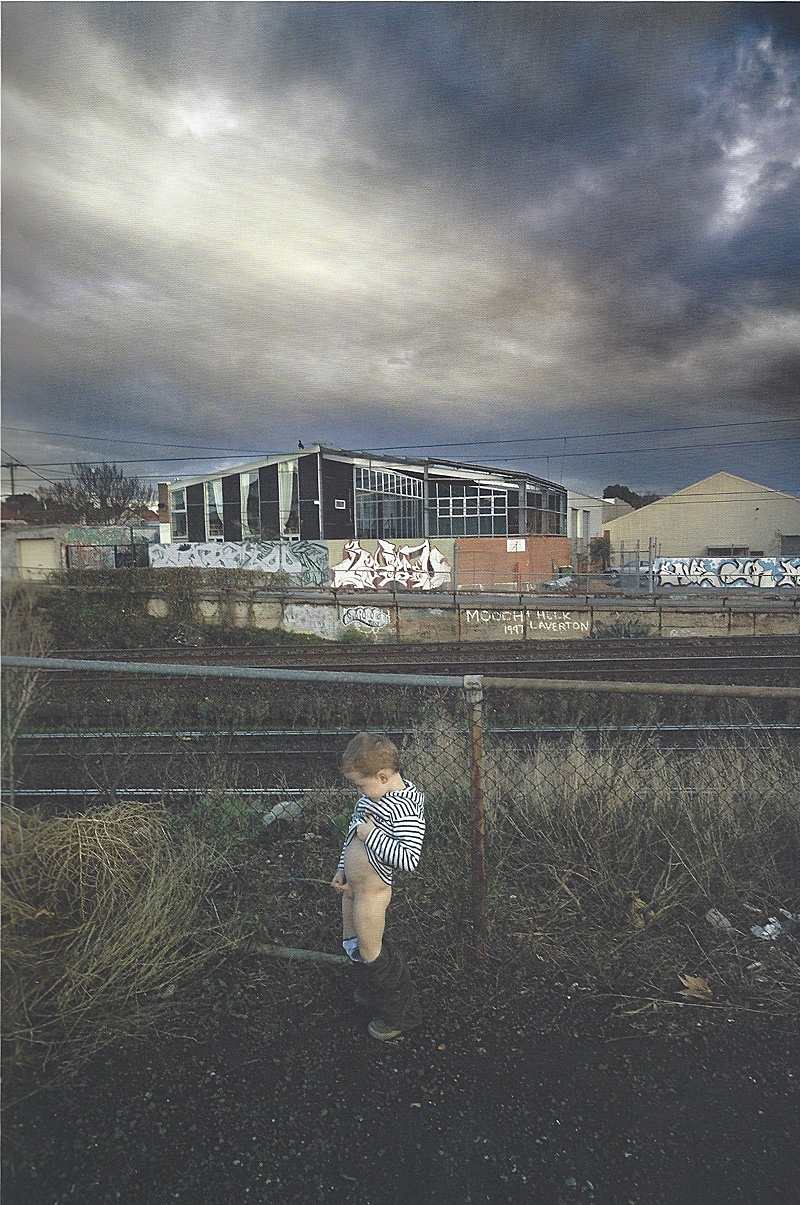 John Gollings image of Short Street Warehouse by Geoff Crosby
Gollings is known for making photographs of architecture in its urban context, quite often using people to add authenticity. In this image the human form is used to make an appropriate statement. 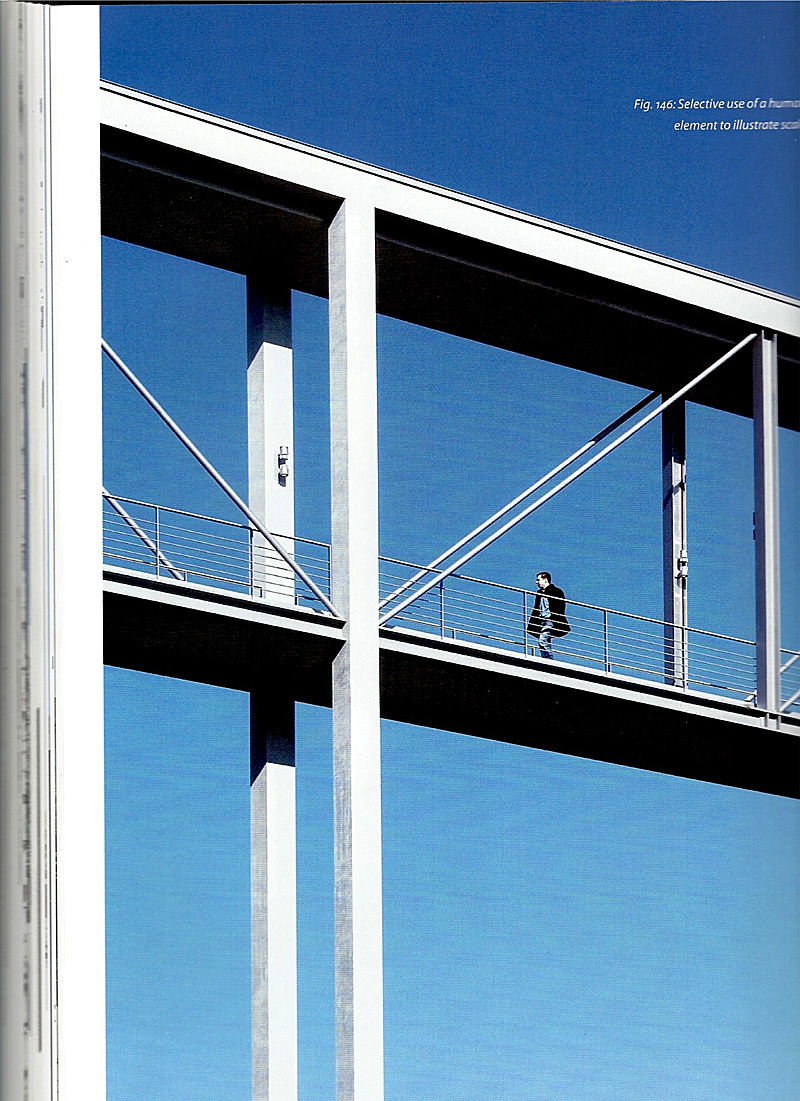 Adrian Schulz image courtesy Architectural Photography by Schulz
Schulz uses the human form in a selective way to lend scale to this striking image of a pedestrian bridge element.