Following the ordeal of immigration at Crews Inn, Philip Farfan [captain/mechanic/plumber/chef], Kevin Kenny [first mate/musician], Gerry Lewis [anchorman/interpreter] and me [dish washer] loaded the boat, Trous d’Or, had an early dinner and bid our respective wives farewell as we were to set off the next morning at the crack of dawn on May 10. The sea was fairly calm and we managed to get as far as St. Lucia, anchoring below the majestic Pitons.

The next day we set off early so as to be first in the line for petrol at Rodney Bay, St. Lucia and thence set off for Guadeloupe where we spent six nights in the Bas-du-Fort Marina. There we met Julie, Gerry’s wife, who joined us to do some sight seeing in Guadeloupe. In Guadeloupe I had five projects to photograph so it was off to work for me. Gerry was an invaluable interpreter as I admit my French is not what it should be. Gerry was also working on a video of my architectural photography project in order to make a few short films that should be loaded on my website before the end of the year.

The first two days we photographed Parc d’Activites [an office park] and a social housing project both designed by Alain Charrier. The office park is a well-detailed series of buildings designed with an engaging blend of contemporary and traditional elements. The Social Housing project at Ficus is a three-storey public housing project that incorporated courtyards with feature staircase elements and curved metal roofs. Unfortunately, as with most public housing, maintenance is an issue.

Following that were two interesting projects by Emile Romney of Pile et Face. The first was a really delightful but modest three-bedroom house for ‘Roger’ overlooking the Saints islands. Gerry and I had a very pleasant day listening to Zook music and sipping ponche in between photographic shots. The second project was Communaute de Communites on Marie Galante, a nearby island. This proved to be a challenge to photograph for two reasons: first, the weather had turned for the worse and second, the day we were there was the eve of a festival and there were hoards of people setting up tents and speakers with banners all over the property.

The final project was a house called See Sea Villa designed by Fritz Grenon. It was regrettable that we did not arrive at the house until after 3:00 PM so I had to work really fast to capture a few shots of this very fascinating house with a stunning view.

So after a week in Guadeloupe, and having stocked up on fine wines and baguettes, we cast off for the next leg of the journey.

Leaving Guadeloupe we experienced a petrol-clogging problem that made it difficult to maneuver docking in Antigua. Fortunately we had planned a break there so we were able to get a local diesel engineer to sort the problem. Kevin had to attend his daughter’s graduation in New York so he caught a flight out and Brien de Gannes [bumper & winer] arrived by plane from Trinidad to take his place on the boat. 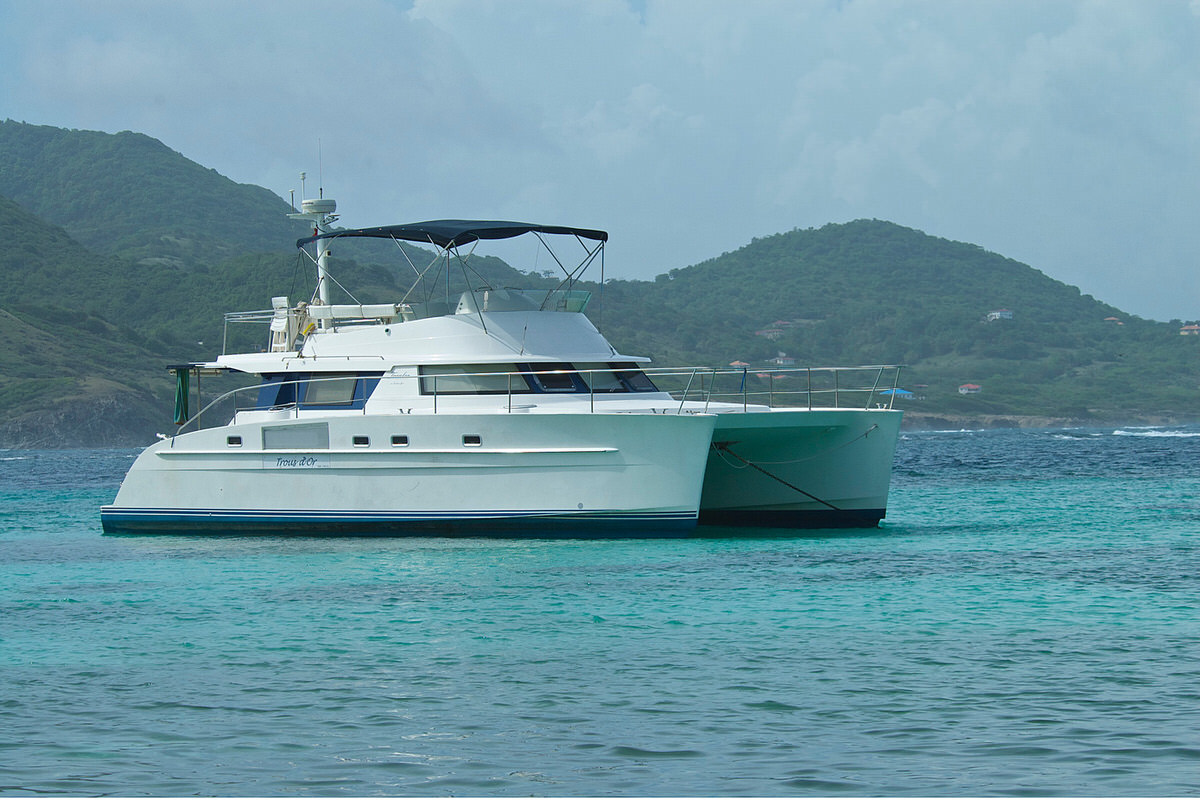 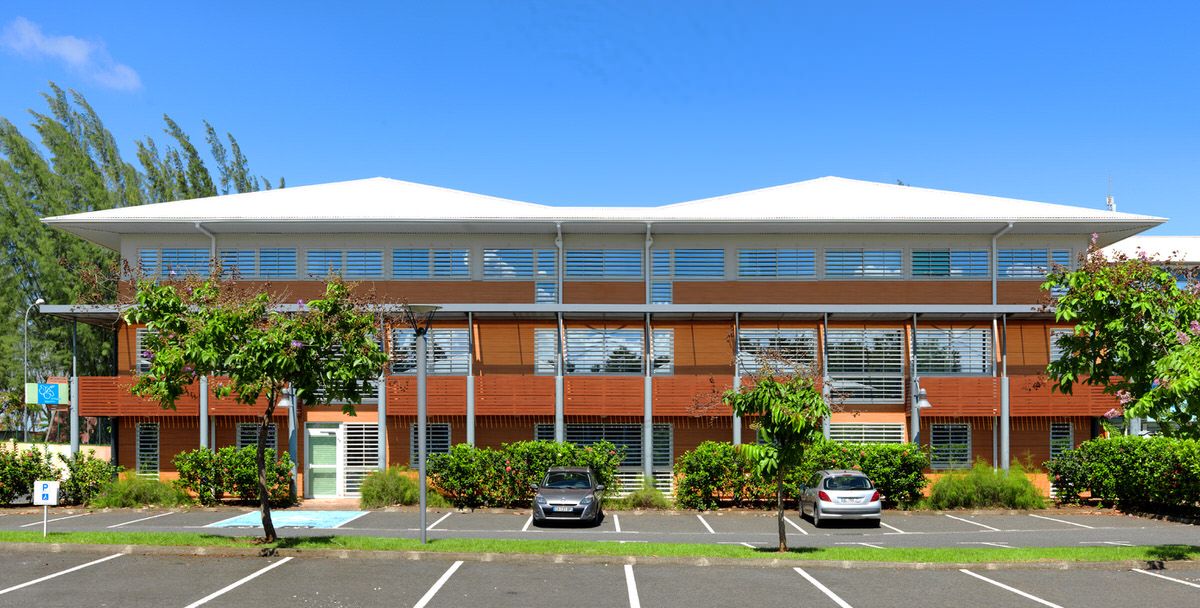 A view of the office facade: a blend of contemporary and traditional references 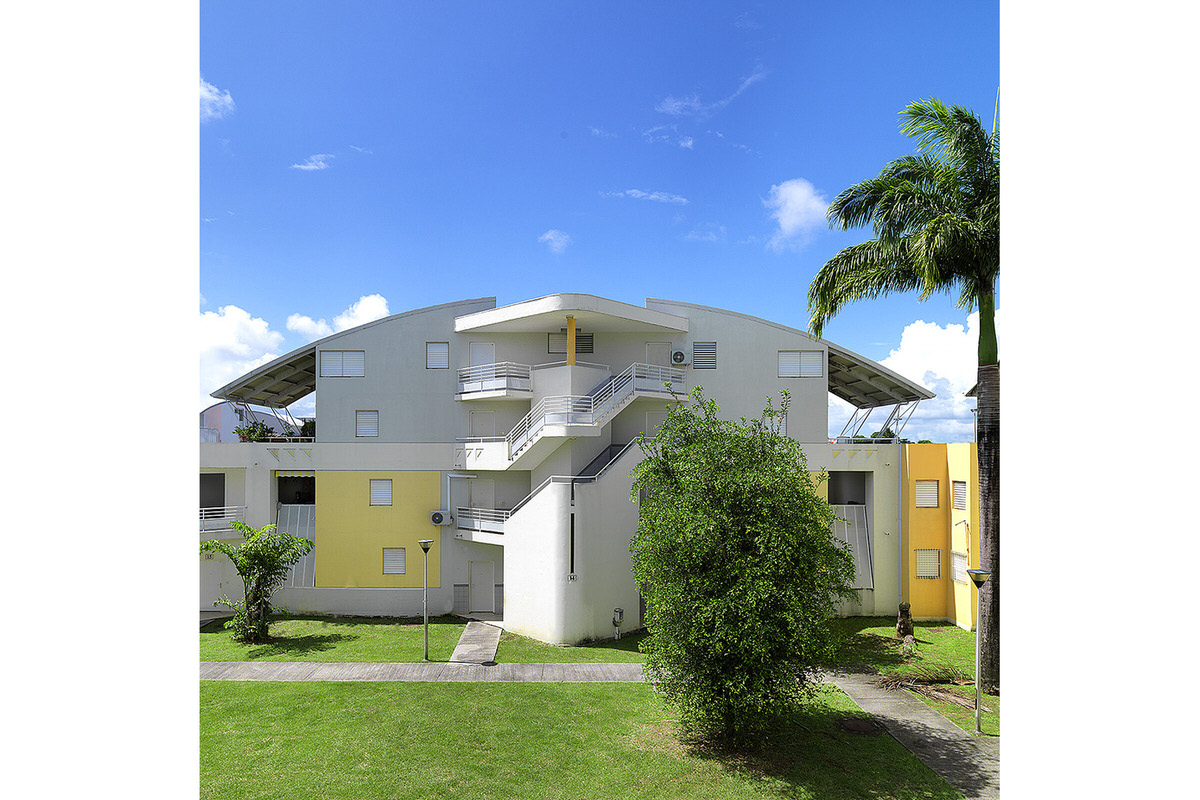 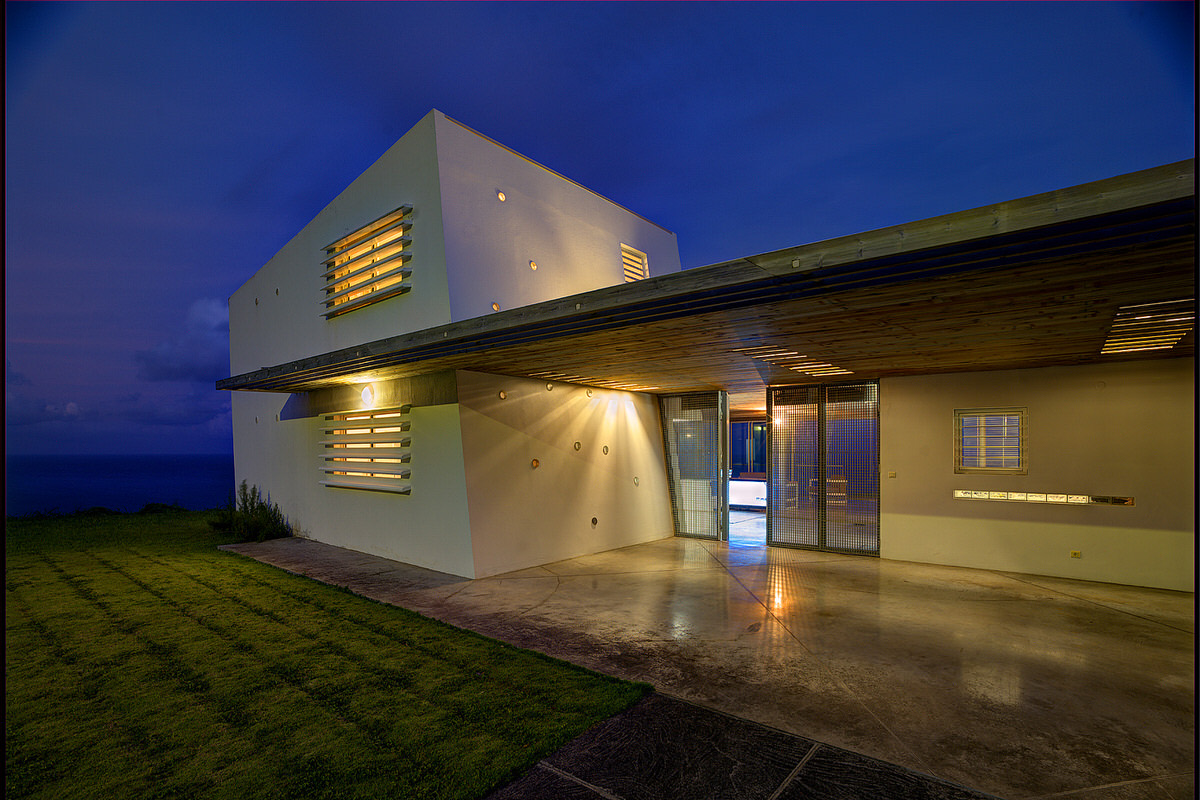 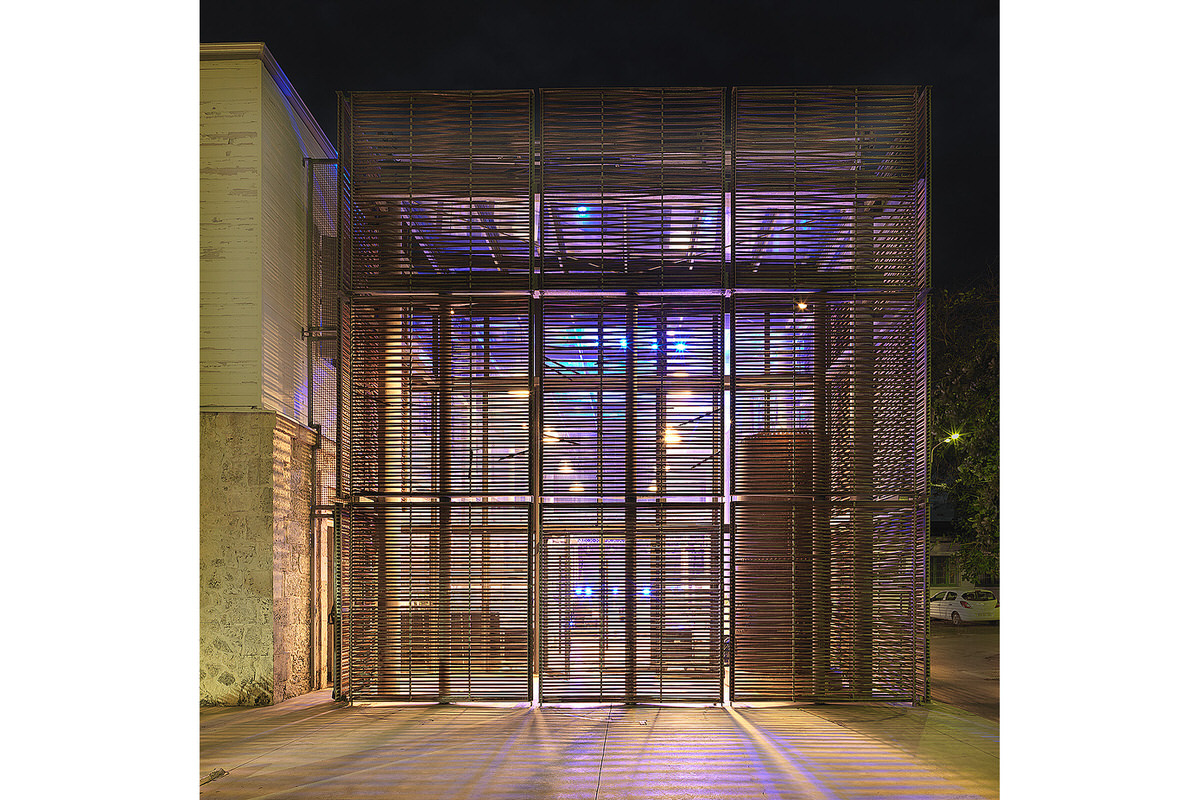 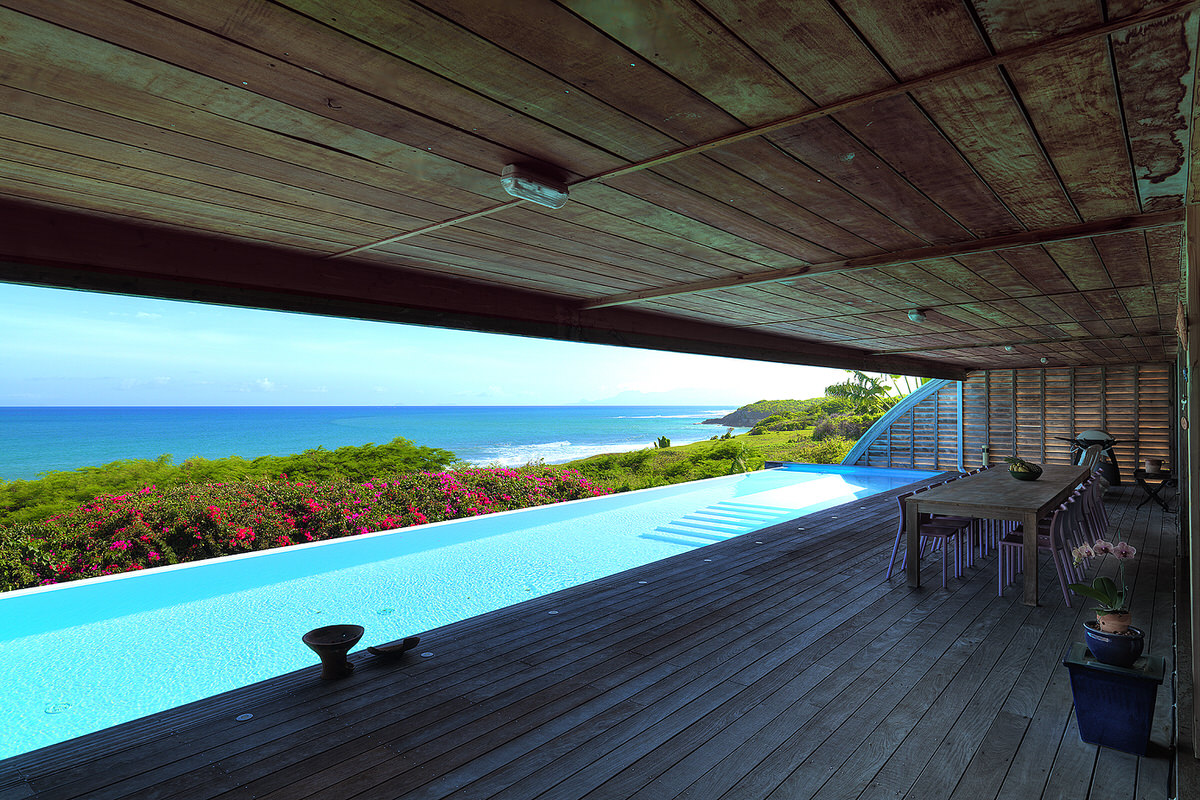