In this blog you can read about the first book I produced including how it came into being a reality. See some excerpts from the book MANIKIN: The Art & Architecture Of Anthony C. Lewis

I recall having lunch with Tony at his apartment, as we did on a regular basis. Tony had retired and was a little ‘restless’. Even though he had found a latent interest in painting he still had more to say about architecture. I vividly remember suggesting that he write a book and so he started. On most weeks when I lunched with him he offered me portions of the manuscript to read and I would sometimes give him encouragement and a few suggestions. His sudden stroke left Tony speechless for over six years before his passing. We did not know where the manuscript was until my brother Gerry and I were going through his belongings and we came across the files he had prepared. The work was not by any means finished but most of what he had written about his earlier life would never had come to light were it not for his efforts. It was then that I set myself the goal to complete what Tony had started – it seemed the right thing to do having suggested he do the book in the first place.

After a few false starts Geoffrey MacLean, the well-known architect and an old and personal friend of Tony, agreed to help us with the text for the book. This was not an easy task. Geoffrey had to merge Tony’s words with the missing parts that Gerry, my bother, and I helped to provide. He did a great job and most people who read the book tell me that they could not put it down – full credit is due to Geoffrey.

I recall that moment when reality faced me and I realized that I had to commit myself full time for a few months to search for and collate the thousands of images for the book. When we were just about ready for printing we discovered a microfilm with hundreds of images of his work but alas it was too late and we had to get the book out.

It would have been difficult to do the book without the input of Melanie Archer, an architect and graphic artist who was engaged by our firm to help develop our branding. Melanie had the difficult task of threading the text with all the images – after all this was a visual book so her input was critical to the finished product.

Then came the job of proof reading and special thanks are due to Amber Lewis and Julie Lewis who applied their keen eye for detail and grammar – I still have not heard of any misspellings or grammatical errors in the book – a fine job.

We could have gone to China to print – but Tony would not have wanted that. Tony was local and always believed in local talent so we approach Bobby Campbell of Scrip-J who was very supportive. In the end he gave us reasonable terms that really helped us get the book to print. Besides that Scrip-J did a fine job of printing.

The end product is a work well worth the effort by everyone involved and remains a testament to Tony’s work and the work of the firm and those who worked with him. Read a review in the Guardian Newspaper and also one by BC Pires 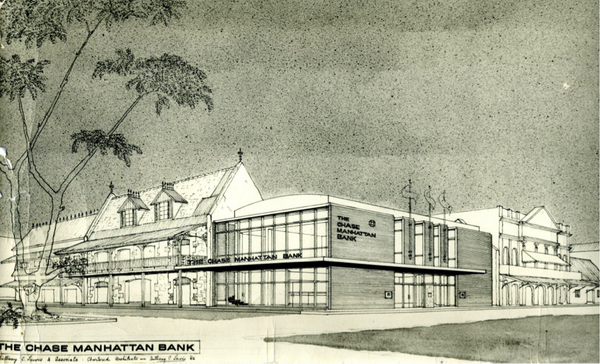