Mangwana is a house designed by Edgley Design in Bequia. One of the images I created for the house remains one of my favourites many years after it was published in my book, Contemporary Caribbean Architecture. During the downtime in 2020 I took an online Photoshop workshop with David Osborn and decided to have a second look at one my favourite photographs. The image created of Mangwana is one that captures the essence of the design concept in a singularly powerful view: a ‘hero shot’. This required cleaning up the image considerably to get back to the simplicity of the design statement. This, in my personal opinion, is what I consider to now be a good photograph. Yes, the image was fairly good in the first place but there were many distracting elements that once removed, restored the simplicity and strength of the photograph. This underlines the approach that the original image needs to incorporate the digital assets necessary that can later be developed in post processing.

One of the major problems with the image was the contrast, particularly in the foreground and both left and right edges. To deal with this problem I merged the base image with a bracketed lighter version by adjusting the opacity. Then I cropped off the top of the image to get rid of bits of distracting trellis. Removing the timber alligator on the edge of the pool was necessary to simplify the image. Eliminating the towel and deck chairs dealt with untidy elements. Brightening up the planters on the left and right side helped increase the lightness the image needed. Minor adjustments to colour and other details resulted in the final image. If you study the before and after image you will see the difference – subtle but important. 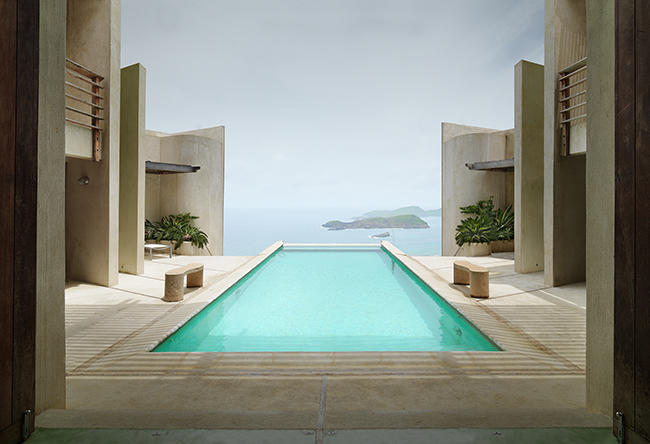 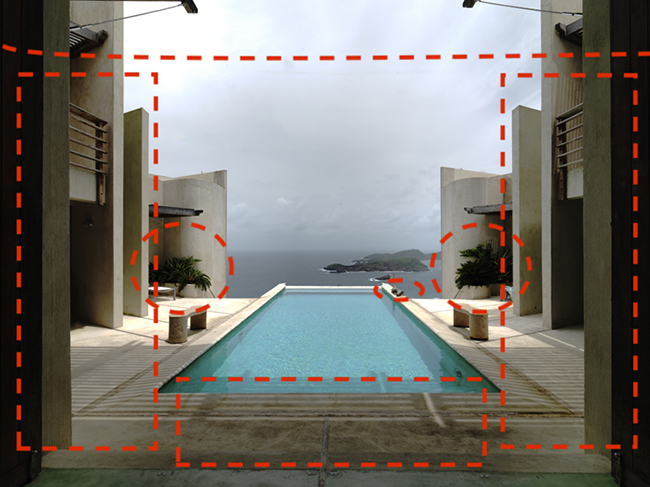